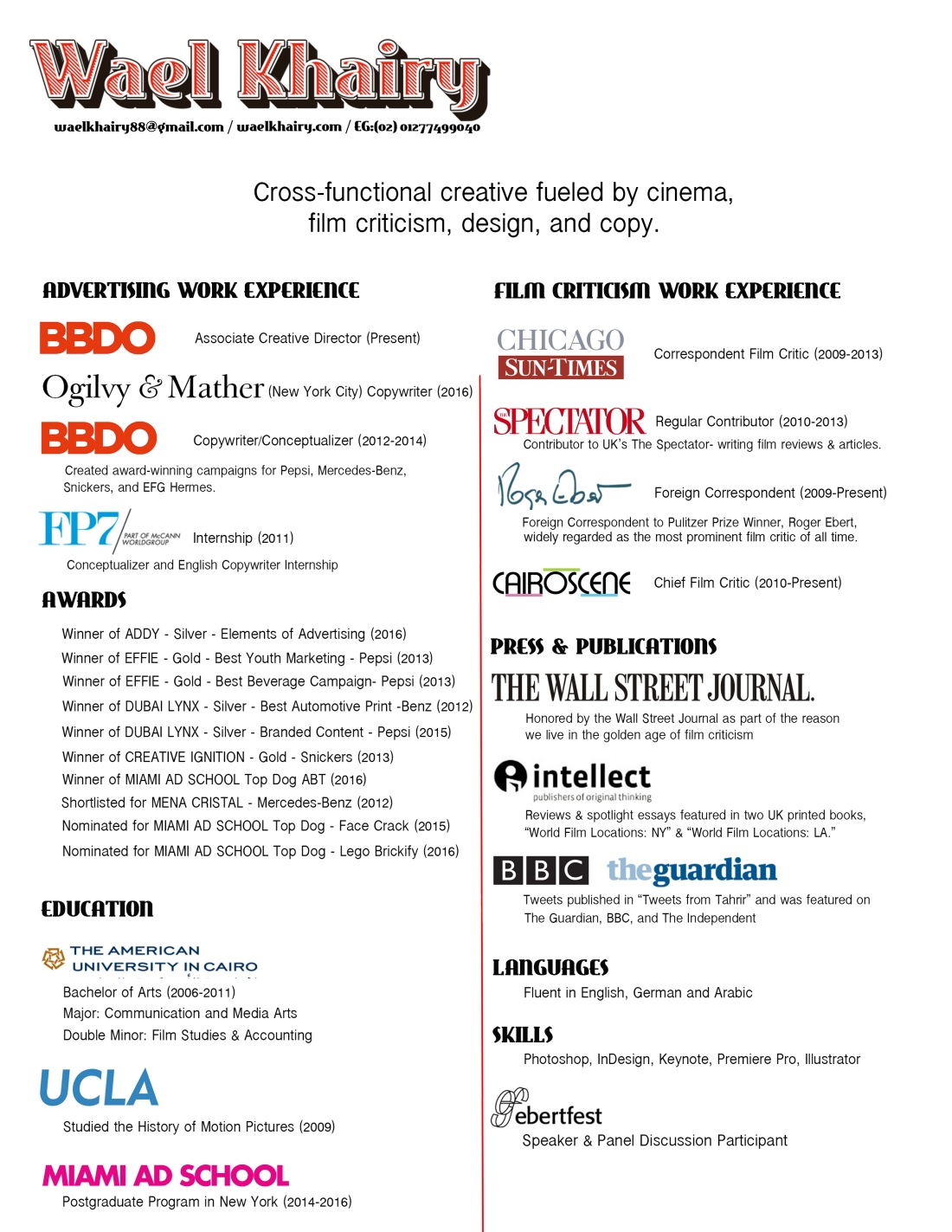 Wael Khairy is an Egyptian film critic writing for a number of international publications. He was named by legendary film critic, Roger Ebert, as one of the reason we live in the golden age of film criticism in a Wall-Street Journal article. Ebert then hired him as foreign correspondent and he’s been writing for him ever since. Wael has been writing reviews consistently on Ebert’s website for over ten years now and counting. He has also written several reviews and essays in two World Film Locations books published in the UK. Khairy’s work was even featured on The Criterion Collection website. He also regularly reviews films on his personal website, cinephilefix.com, the Chicago Sun-Times website, and The Spectator’s arts blog. He is currently the resident film critic at Cairo Scene and has discussed various film topics on Nile Fm and BBC Radio. Wael Khairy also works as an Associate Creative Director at BBDO. 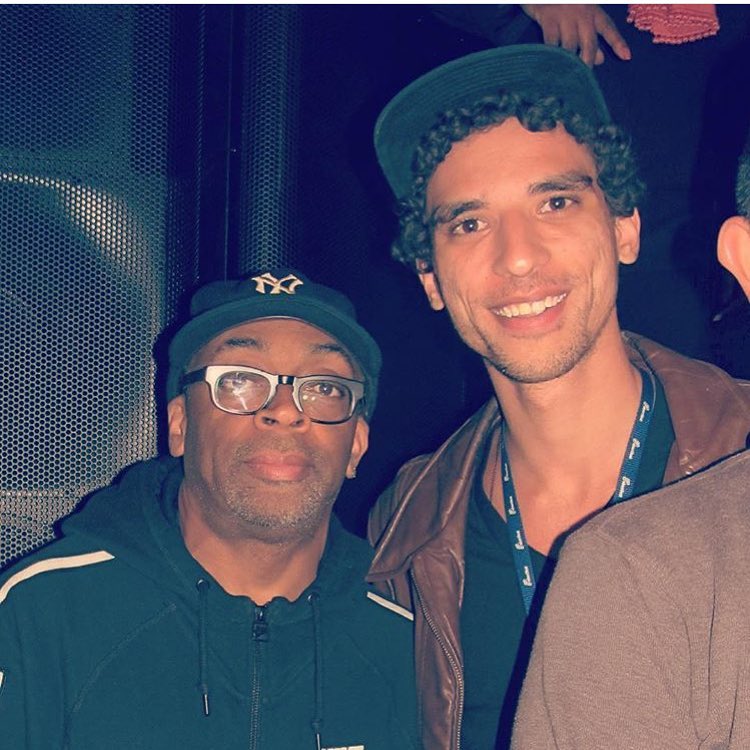 34 thoughts on “About Wael Khairy”