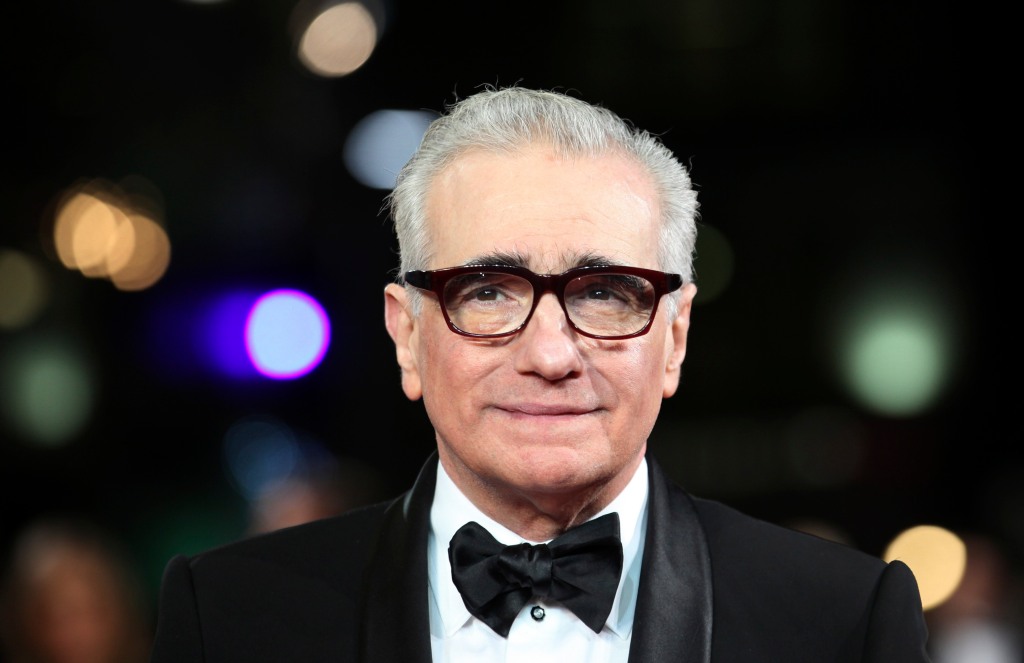 There is no such thing as seeing New York through Martin Scorsese’s eyes, for Scorsese merely projects the light detected by the warped eyes of his lonely protagonists. His signature light-reflected visual approach used to showcase New York City is evident in most of his films, but varies in significance and meaning from one picture to the next. The camera functions as image converters sending the protagonists’ distorted signaled perspectives through virtual and real screen space into neural pathways connected to our brains. The viewer has no choice, we are forced to breathe the air, gaze through the pupils, experience and feel the city environment by slipping into the shoes of twisted protagonists – the shoe laces tightly tied by none other than a master of his craft, Scorsese.

This smooth and seductive approach is evident in Scorsese’s most prominent New York based works from the gritty realism in Mean Streets, Taxi Driver, The King of Comedy, Raging Bull and Goodfellas, the exaggerated portrayal of the city in New York, New York and Gangs of New York to the hallucinatory bizarre perception of the city in After Hours, and Bringing Out the Dead.  Even though most of Scorsese’s films are set in New York, each picture is unique in that each time we look at the city through a different window with a vivid subject standing in front of the window providing us with eye lining shots as guidance. In other words, we see the New York they see and we see them seeing it.

Taxi Driver is perhaps Scorsese’s most compelling piece of cinema exemplifying the concept of seeing-seeing. Both the audience and Travis Bickle can’t help but feel repelled by the filthy habitants lurking at every dark corner and alley in the streets of New York.

“All the animals come out at night – whores, skunk pussies, buggers, queens, fairies, dopers, junkies, sick, venal. Someday a real rain will come and wash all this scum off the streets. I go all over. I take people to the Bronx, Brooklyn; I take ’em to Harlem. I don’t care. Don’t make no difference to me. It does to some. Some won’t even take spooks. Don’t make no difference to me.”

This repulsive piece of voice-over narration is accompanied by windshield shots of the sampled population mentioned. We see close-ups of Bickle’s sharp eyes maintaining focus on the pedestrians while the yellow tomb glides through the murky clouds of steam, hissing from beneath sewers. Scorsese was lucky to film during a heat wave and in the midst of a garbage strike for the captured footage simply added desired substance to his underground vision of a nightmarish New York. 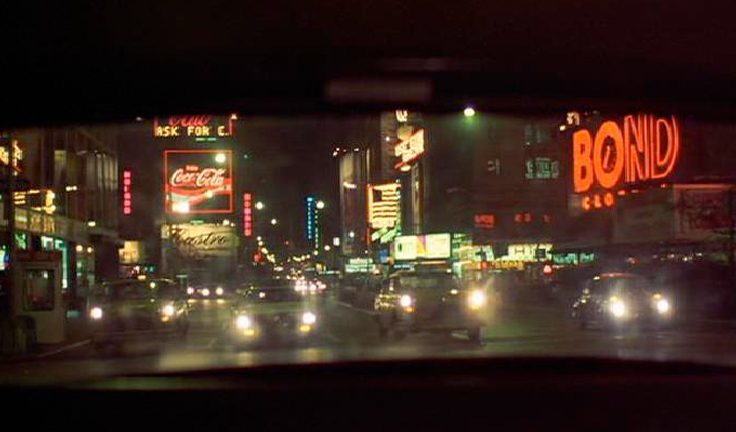 Scorsese uses slow motion to capture the effect of the city on our leading man. Travis Bickle’s hostile stares and slow motion sequences of the observed subjects show Bickle’s gradual descent into madness. In a menacing neon landscape, a lonely misfit witnesses the decay of an urban city. On the contrary with his preceding project Mean Streets, Scorsese used similar methods to expose viewers to a very different vision of the city. The New York City in Mean Streets is alive and vibrant with scenes full of energy and electricity. While once again the audience is more or less exposed to the crime world of New York City, we are seeing things from a different perspective and angle. Charlie is a calm small time street gangster surrounded by hyperactive people in an out-of-control world. Mean Streets opens a window to the indoor activities of gangsters. Scorsese uses pool halls, restaurants, bars, and clubs as the backdrop and as with most of his films, the external environment has an internal effect on our protagonist. In a memorable signature slow motion sequence, we see Charlie’s eyes fixed on the sight of Johnny Boy entering the bar with two girls under his arms. Johnny Boy laughs and casually greets others while Charlie simply watches him. In another scene, Scorsese puts us in the shoes of his drunken protagonist; the camera is fixed on Charlie in a dizzying fast-motion sequence that starts with drinks and ends with a black out. While watching Mean Streets, the viewer becomes part of a New York gang, we engage in bar fights, quarrels and discussions.  Surprisingly,Mean Streets was mostly shot in Los Angeles, but since the film focuses on the selective exposure of a small time gangster in Little Italy, it relies mostly on indoor locations. It’s impossible to suspect otherwise. That’s how well Scorsese knows his city, he has the ability to convert another city into his own and convince us that it’s legit.

The other time Scorsese built New York from scratch was decades later with Gangs of New York,where he reconstructed a 19th century New York on the lot of Cinecitta studios in Rome.  We see two New York cities, the old through the eyes of Bill the Butcher and the new emerging city through Amsterdam Vallon. A common trait between Bill the Butcher and Martin Scorsese is the nostalgic affection towards an old New York slowly fading into oblivion. The director once famously said, “If I continue to make films about New York, they will probably be set in the past. The “new” New York I don’t know much about. It’s not that I’m against contemporary film. I’m open to it in general, but I find the new colours of the city, the new Times Square, kind of shocking. I guess I’m stuck in a time warp.”

The coming of age tale explored in Who’s That Knocking at my Door? is in many ways his only semi-autobiographical film for like the characters in his first feature film; Scorsese grew up in Little Italy. At the age of twenty-two the legendary director graduated with a major in Film at New York University’s Tisch School of the Arts. New York is in his blood, which is why the city has been so often associated with his name.

Error: Twitter did not respond. Please wait a few minutes and refresh this page.