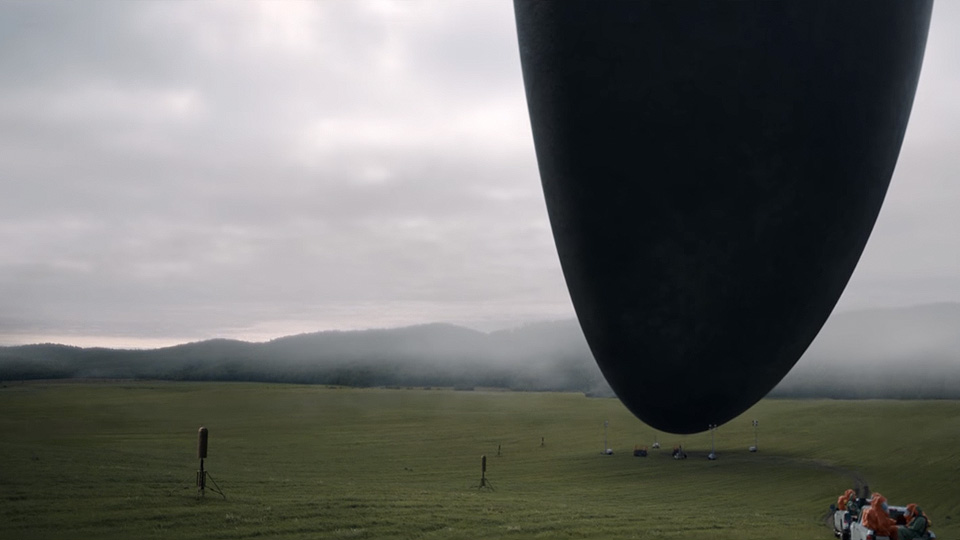 Denis Villeneuve’s elegant sci-fi thriller, “Arrival”, contains one of the most deeply thoughtful messages of any film this year. Like Villeneuve’s breakthrough masterpiece, “Incendies”, the central message is a desperate call for solidarity. While “Incendies” addressed how absurd it is to hate on one another based on religious differences, “Arrival” pleas for the unification of humanity through world peace among nations and races. The film couldn’t be timelier.

This isn’t your ordinary alien invasion film. In fact, “Arrival” is more interested in asking questions about ‘us’ than ‘them’. So many world conflicts stem from miscommunication. The slightest misunderstanding could have dire consequences, be it between races, nations, individuals, or in this case, intergalactic visitors.

Instead of jumping to conclusions and taking action, the film argues we should converse more clearly. Emotional transparency is vital in creating a deeper connection amongst one another. What I find most fascinating is how Villeneuve communicates the importance of clarity of language through the universal and visual language of film.

Much of the film revolves around the public’s desperate need to finding answers regarding the nature of the arrival. Are they tourists, invaders, or educators? As the mystery drags on, the world begins to fall into complete chaos. We live in a world that demands immediate answers, for we fear the unknown. Villeneuve sophisticatedly practices this notion by integrating it into his masterful filmmaking. He understands that less is more, and what we don’t see is often scarier than what we do see.

It takes the film nearly thirty minutes, for example, to reveal the alien spacecraft and its occupants. By teasing viewers with what is left out of the screen, Villeneuve grips viewers and forces us to use our imagination. We become as eager and impatient as the desperate characters in the film. When we do finally meet the extraterrestrials, it comes with a sense of wonder and awe.

Amy Adam plays the linguistic specialist in charge of communicating with the aliens. Both the character and the actress herself understand the importance of body language in communication. Adams’ performance evokes so much emotion without relying too heavily on dialogue. The subtly of her acting gives this nuanced film a cumulative resonating emotional power.

If she’s the heart of the film, then Jeremy Renner is the brain, and Forrest Whitaker, the muscle. The former actor plays the role of a theoretical physicist, and the latter, an army general. Through their interactions, we encounter distinctively different approaches to a given situation.

Apparently, director Denis Villeneuve and screenwriter Eric Heisserer created a fully functioning visual language for the aliens. Everything about the film feels plausible and well thought-out. According to astrophysicist, Andy Howell, the film does a great job at depicting physicist, linguists, and possible alien life. Grounded in reality, the devastating pace succeeds at unraveling an overwhelmingly awe-inspiring spectacle, which is no easy feat with genre audiences exposed to right about everything nowadays. I was reminded of the first time we took a glimpse at a dinosaur in “Jurassic Park”, the first appearance of the monolith in “2001: A Space Odyssey”, and the sweeping shot showcasing the “Titanic” from bow to stern. The poetic cinematography accompanied by Johann Johansson’s haunting score is a thing to behold.

What I found extraordinary about “Arrival” is how everything comes together nice and neatly at the end (or beginning). Let me explain. The structure of the plot itself is very well rounded, and I mean that in a very literal sense. The film explains how the alien’s perception of time is evident in the way they construct sentences and words. Unlike our linear way of writing, the aliens in the film write sentences in circular fashion. What that means is, the sentence has no beginning or end. Their awareness of time is correspondingly circular. Time for them is like a flat circle that constantly loops. There is no past, present and future.

The genius of Villeneuve is how he applies that to the structure of the actual film. “Arrival” has no beginning or end. Notice how the story begins where it ends, and ends where it begins. The film not only discusses complex theories about time, but also exemplifies it by creating a circular sequence of events. Embarking on the mounting steps of Villeneuve’s hypnotic structure is assured to leave viewers spellbound.